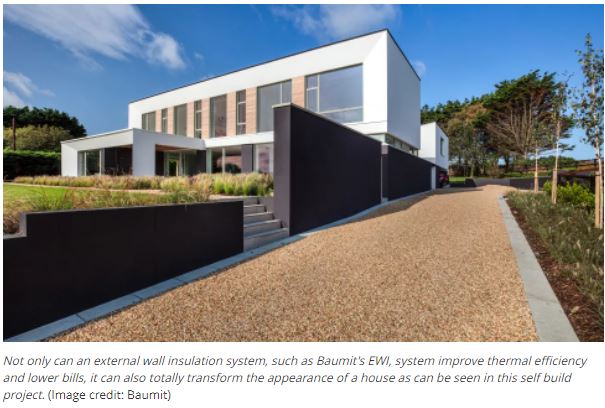 New homes will have to produce around 30% less carbon emissions from 2022, as part of a major update to the Building Regulations

The significant update provides an uplift to existing energy efficiency standards for homes, and marks a stepping stone towards the introduction of the Future Homes Standard in 2025.

The new Building Regulations comprise five new Approved Documents, including uplifts to Part L (fuel and power) and Part F (ventilation), which will come into effect from 15 June 2022, and will have a marked impact on new homes and existing homes.

In new homes, which will include self build homes, there will be new regulations to mitigate the risk of overheating. And in existing homes, standards have been raised to reduce energy use and carbon emissions during home improvements.

The Department for Levelling Up, Housing and Communities (DHLUC) believes the new regulations will help the UK to meet its net zero target. Housing minister Eddie Hughes said: “The changes will significantly improve the energy efficiency of the buildings where we live, work and spend our free time and are an important step on our country’s journey towards a cleaner, greener built environment.”

The Building Regulations changes comes with £6.6 billion of direct investment into improving the energy efficiency of buildings, the government says. And the announcements impact both new homes and existing homes.

June 2022 is when the new regulations will come into effect

We can help you make your Grand Design a reality